Paulie Doe - Nice to meet you 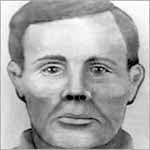 The year was 1985. It wasn’t too unlike any other year. Well the weather was earth shattering cold in the Eastern States. I understand it had something to do with the polar vortex being shifted and causing this meteorological event they tagged the Arctic Outbreak. Of course, that probably helped them with the release of the Weather Center the longest running TV show dedicated to weather only news. I don’t know if the weather had anything to do with Live Aid that took place in July and was followed by Farm Aid in September. It’s possible the weather was huge part of why they held these concerts. But what do I know? It’s not like I’m the expert on concerts. Or was I?

On October 1, 1985, my body was found on Loudon County Road. This really remote and rural area called Buttermilk Pike – yep that’s what they call it – Buttermilk Pike! Me, Paulie dumped in a place they call Buttermilk Pike. Can you believe it? It’s someone's sick joke that’s for sure. I was found with two bullet wounds to the head. I know who you are. You know who you are. I can’t take care of you from here, or so you think – you just wait my friend. You’ll get yours; just wait for karma to come collecting. Oh sorry I got side tracked. I just wanted to give a close friend of mine a shout out. Now back to business.

Oh right, Buttermilk Pike is this rural area of Tennessee. To be precise I was found in Lenoir City, Loudon County, Tennessee. They guess I was killed somewhere else and dumped here. Yeah! Anyway, I was probably dead for a week or two prior to being discovered. The problem is they don’t know who I am.

Well I was a white male about 51 to 60 years old. I stood roughly about 5’6 or 5’7. I had removable dentures and medical implant of the aorta. And I had something going on with my tibia and fibula and lumbar vertebra. Come on I was no spring chicken, I had some health issues, but who doesn’t. I wasn’t killed because I had a bad ticker. Nope. What else? Oh yeah, I had this bracelet that I wore. You know the one! Well if you know me, you know the bracelet.

So who am I? I probably had a wife, maybe some kids? Maybe I had a son or two to carry on my name. They are probably looking for me. So these artists people you know they drew me or something. Well what I might have looked like that’s what they tried to do. So here is what you have to do, you have to take this art of me and show everyone. Got it? Take this sketch thing of me and show everyone you know and tell them to show everyone they know. Listen, I’m counting on you. I know that you are good people. I know you’ll help me. Let’s find my family.


If you have any information, please call:

Did they say if the bracelet he was wearing was a medical alert bracelet, or anything particular. ALSO, I know someone who has an implant and that implant inside of him has a code or special numbers on it. Would it be possible for them to get a code off of the aortic implant and identify him that way or no? Just wondering. Science is becoming so amazing. Let's hope that maybe the clues left behind will help identify this man, dad, son, brother, uncle...

Yes, as for implants having identification numbers on them, they do and if someone comes forward looking for him that will be one way they can confirm identity in addition to DNA and Dental testing.

Now we need to find the person who might know this man so we can get one step closer to his identification. I believe the more people who see his sketch and hear his details the better chance he has to finding his identity and his family.

Thank you for time and help trying to find this man's identity.

I just don't know how accurate the sketch will be in identifying this man. It is so sad that there wasn't something with identifying marks on his person, in order for someone to figure out who he was.

I live in the area where this man was found but have never heard about his discovery in all the years since. The road name is "Buttermilk Road" not Buttermilk Pike. This road mostly runs parallel to I-40 and criss crosses this interstate a couple of times. This location is just a few mins west of Knoxville, TN past,a few truck stops located on Lovell Rd and Watt Rd both located in Knox Co. There used to be a truck rest area/pull off very close to the Buttermilk exit at that time. Buttermilk mostly runs through Loudon Co but does end up in Roane Co onto hwy 70. There is also a campground for travelers off this road that can be seen from I-40 and sits in a cove on Melton Hill Lake. Back then Buttermilk was rural, residential and farm land. It's a two lane winding rural road still today although there are some industrial sites now. There is also an old antique auction house on Buttermilk that can also be seen from I-40 and has been there as long as I can remember. After reading the comments before mine I think an aorta implant with serial numbers should identify him by calling manufacturer not waiting until they find someone who knows him, right?

PS. Atomic speedway was a round dirt track located off buttermilk road and located next to that was a dirt bike race track sometime referred to as buttermilk churn. Melton hill campground is also located down the street where the dam is also. Lots of possibilities to what he may have been doing in this area other than just passing thru.