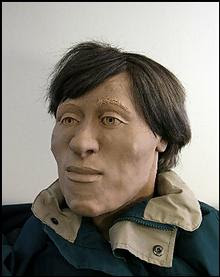 You can call me Jefferson Morrison Doe or Jeff Doe for short. This is until we can find my family and I can be returned to my proper identity!

In 1977, a strange series of events took place. Or at least, you’ll probably think they're strange. It made good sense to me at the time. Not that I was happy about any of them. Now it’s time for you to help the police figure out who I am, then maybe they can solve the puzzle of what actually happened to me.

On February 13, 1977, some hikers found me. I had been wrapped tight in a sleeping bag located at the bottom of a 100-foot embankment. You and I both are hoping I wasn’t tossed off that! The location was roughly near US Hwy 285 about one mile south of Colorado Hwy. 8. The police estimate I was probably left there about thirty to sixty days before those hikers found me.

Before I died, something odd happened. Around mid-December 1976, I approached this small-town motel called the Twin Folks Motel. I needed to use the phone. They were kind enough to allow me use it. Unfortunately, the person I called didn’t answer. The person who allowed me to use the phone gave me a coat to wear. Silly me, I was only wearing pants and a shirt, and I guess it was a cold night. That was a pretty nice thing to do. I told this person my story. I could see they were curious noticing the cuts on my face. Not that the cuts were major or scary, simple minor cuts but they were fresh and bleeding. I explained that my brother and I had a fight. This fight resulted in him kicking me out of the car and me kicking the window out of the car. It was a pretty explosive fight. Since no one had answered the call I placed, and this person already gave me a coat to wear, I figured I should depart as I’ve probably worn out my welcome. Here’s the thing a short time later I came back to that motel with an unknown man (to you), it’s believed he was my brother. I wanted to return the coat. So I did. Then we left.

You probably figured out by now that I died not long after my brief encounter at that motel. Could my brother have been that angry? Was that even my brother? These are all things I know, but can’t tell you. It’s a mystery the police will have to solve. What I need from you, the general public, is help getting my story and my picture out! Someone out there has got to know who I am. Can you help me do that? Don’t forget to tell them I only wore a size 5 shoe; I think that will help figure out who I am.

If you have any information regarding this case:

Its a shame there probably aernt phone records of the phone call he made since no one picked up. And if I recall correctly, there weren't answring machines back then? :(

Thank you for your interest in this gentlemen's story.

You had me stumped. I didn't know about answering machines either until the 80's but apparently they were invented back in the 30's. And a company started mass producing them in 1971. Here is a link to read more about that fact if you are interested: http://www.answering-services-phone-messaging.com/history_telephone_answering.html

I love it when someone keeps me on my toes. I learned something new today.

Thank you again for your interest and for your thoughts. I hope you'll come back and visit more of the individuals featured here.

Too bad there is no description of the man he was with? Long hair? Also looking to be of Asian-ancestry? Clothing? Accents? Even appearance. if brothers, surely a resemblance would be seen.