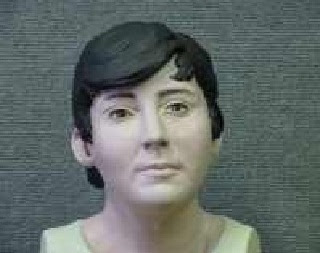 Investigators and the press have given me the nickname “Suitcase Doe”. Yuck. This blogger has chosen to call me Melinda Doe, and while I like that a lot better, what I'd really like – if I could have just one wish – is my very own name back. Do you know who I am?

On July 11, 1995, a maroon suitcase covered with a green garbage bag was found along Brandywine Creek on Valley Creek Road, south of Boot Road, in East Caln Township, Pennsylvania. Inside the suitcase, they found my body....minus my legs. (Thus, the nickname “Suitcase Doe”.) My body had been wrapped in a sheet which was then placed in a plastic quilt bag. That package was wrapped in a quilt and then stuffed in the suitcase, which was wrapped with wire, taped and placed in the garbage bag. The suitcase itself was maroon vinyl, with a leather grain pattern, little wheels on the bottom, three buckles and a zipper. The quilt was white with a light blue, black and green pattern on it – and both the suitcase and the quilt were apparently sold at K-Mart stores nationwide.

Six months later they finally found what they believe were my legs, wrapped in garbage bags, in the Cores Creek State Park in Middleton Township, Pennsylvania.

Also found nearby was another bag that contained women's clothing – both formal and casual – and girls' clothing, as well.

Investigators were unable to match my fingerprints with any that were on record. They believe I was from out of state (or possibly even out of the country), killed somewhere else and then dumped where I was found. I died 3 to 7 days before my body was discovered. There was a small amount of alcohol in my system, equivalent to only one or two drinks and they found no evidence of drugs. They also do not believe I was raped or strangled. When found, I was wearing a denim skirt and a light blue denim shirt with copper-colored buttons, long sleeves and light colored 3 inch band across the chest and back. They say I could have been anywhere between 17 and 30 years old, between 4'11” and 5'4” tall and 120 to 140 pounds. I had brown hair, brown eyes and a light complexion (either Caucasian or Hispanic). My ears were pierced but I had no scars or tattoos.

So...who was I? I don't want to be “Suitcase Doe” anymore, or even Melinda Doe. My one last wish is to have my own name restored to me! 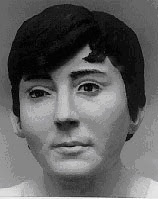 Legs severed and body wrapped in this case, also:
http://canyouidentifyme.blogspot.com/2011/02/wanna-bet-i-wasnt-from-around-here.html