Adam Doe – Can You Help Get Me Home? 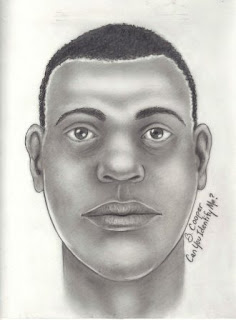 In late July of 1983, I was hitchhiking near the intersection of US 41 and 63 near the city of Terra Haute, Indiana. I was offered a ride by this guy named Larry. Larry offered me alcohol and drugs and we went to this old barn on an abandoned farm in Lake Village, just east off Highway 41. It’s a ride I wish I hadn’t taken.

See the guy Larry that picked me up, well his name was Larry Eyler and he would later be dubbed the Highway Killer. You guessed it I ended up in a car with a serial killer. When we got to Lake Village turns out he had set up a “killing room.” He proceeded to tie me up, stab me to death and then bury me in a shallow grave.

There were three other guys he had killed and buried out there at that abandoned farm. All of the other three were buried together. Not me, I was segregated and buried alone.

The above facts that I’m sharing with you are based solely on the accounts given by the serial killer himself. I’m telling you this so you know that I may not have willingly got in his car, or the location he picked me up at may be different than what is stated. The hard cold reality is that I took a ride with a serial killer and now no one knows my name. So I’m here on Can You Identify Me? for you to help figure out who I am.

To figure out who I am I should share some personal information with you. You probably already guessed I was a black male. It’s been said I was about 15 to 20 years old. I was probably about 5’10 to 6’0 tall and weighed about 140 to 160 lbs, with a light to average build. I had short cropped black hair.

The good news is that my clothes might help identity me. Sure I wore Levi blue jeans, but I also had this red and white belt with the word “Devil” on it, the belt buckle was gold with the word “Jeans.” I also sported Hush Puppy style boots with a side buckle. Hopefully my articles of clothing when told to the right person will help identify me.

Now the job is finding the right person. I understand that you readers are going to take this narrative and spread it like wild fire. Sounds good to me! Maybe, if you tell enough people about me, where I was hanging out in 1983, the clothing I was wearing and who I got in the car with – maybe just maybe you can find my name. I’m sure my family would like to know what happened to me. I know I’d sure like to rest in peace with my true identity.

View, Print & Distribute his flyer: Adam Doe Flyer
Posted by RJ at 2:00 AM