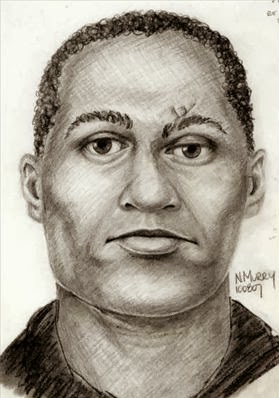 The icy water of the Spokane River washed over me as I lay there, trapped and unable to move. How long had I been lying east of the Washington Street Bridge in Spokane? Six Months? Ten Months? A year? I couldn’t even remember so much time had passed by. I was hardly recognizable anymore. I don’t know the name of the person who found me on that Wednesday, but I am glad that they did. Now maybe someone will remember my story and be able to help identify me – I sure would like to know.

The Spokane River has a great and noble history – from providing food for the natives in the early days to becoming a source of energy and power for the City of Spokane today. For me, however, the only history the river holds is the story of my demise.

The authorities estimate that I died anywhere between six months to a year prior to when I was found on June 27, 2007. They are hoping that someone – maybe you – will recognize me and be able to provide them with a solid lead. But I’m getting ahead of myself. First, let’s go back to the basics. I am a 33- to 55-year-old male (possibly of mixed ethnicity) and anywhere between 5' 3" and 5' 6". I have a possible scar on my left eyebrow ridge because of an injury or fracture. The right side of my face also suffered a traumatic injury. My lower right jaw was surgically repaired and metal plates, identified as “Walter Lorenz” titanium plates, were implanted. My nose and right eyebrow were also healed from previous fractures. They say it’s possible that the injuries to my jaw, nose, and eyebrow could have happened in one incident several years prior to my death.

Since I ended up in the river, it seems pretty obvious that I didn’t die of natural causes. But how did I die? Did I commit suicide and jump off the bridge? Or did I die at the hand of someone else who either pushed me in or dumped me after I had already been killed? It’s also possible that my death didn’t occur at the bridge where I was found. The estimated timeframe of my death is anywhere from early summer to late fall in 2006. At least a winter had gone by since I passed away. Something could have happened upstream; with the winter snow melting, the rushing water could have moved my body down to where I was discovered.

Perhaps a clue to finding out who I am is in my facial injuries. Was I a boxer or involved in something like an underground fight club? Did I work in a manufacturing or industrial environment and suffer a terrible accident with a piece of machinery? Was I on the right side or the wrong side of the law?

There are many possibilities as to what could have happened to me. I am hoping that something in my story will trigger your memory and help to figure out who I am.