The Fourth of July Boulevard Crossing…Do I Ring Any Bells? 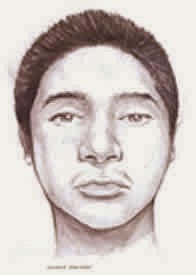 For the majority of people in the United States, July 4 is a day to celebrate and remember the day our country declared its independence. July 4, 2008, however, was anything but a day of celebration for me. It may have started out as a normal day. Perhaps when I awoke that morning, I had plans to spend the day with family and friends. Was I headed to a picnic to eat some delicious hamburgers and later watch a spectacular display of fireworks? Was I headed home from work? Was I even from the Riverside area or could it be that I was visiting from out of town?

Whatever my plans for the day had been, they fell apart the moment I decided to cross Allesandro Boulevard in Moreno Valley, California. Maybe I was in a rush to see my friends (I was, after all, still in that younger college age group from what they estimate). Maybe it was dark outside and the car didn’t see me.

After the car hit me, I was rushed to the Riverside County Regional Medical Center where I died a short four days later. Since they don’t know who I am, it is possible that I never regained consciousness during those four days.

Like so many others, I didn’t have any identification on me to tell the authorities who I was. All they know about me is what they can glean from my physical characteristics. I was wearing blue jeans, a tan T-shirt, and black shoes when they found me. I am about 5'9" and 183 lbs. I am a Caucasian male of Latino descent with short black hair, brown eyes, and a thin moustache. They estimate I was between 20 to 25 years old. The most notable thing about me, I guess you could say, is that I have a tattoo on my inner left forearm that resembles a swastika. There are many neo-Nazi and skinhead groups in California. Was I a member of one of these groups, or did I get a tattoo simply to express myself? Is the interpretation of my tattoo incorrect and it is something else entirely? The other fact worth mentioning is that it seems I concealed the tattoo with an armband. Was this an everyday occurrence because I no longer wanted to be associated with what the tattoo represented? Or did I simply cover it up because I had to be careful where I displayed it?

There are so many unknown facts surrounding my death. I am hoping you can help, and the authorities are hoping you can too. Please look carefully at my picture. Take note of the tattoo on my arm. Have you seen my face before? Do you recognize my tattoo?

Look at his tattoo closely. It's definitely a swastika, but it's extremely uneven (e.g. some sides, especially the bottom left in photo, are not symmetrical). That's definitely a prison tat!