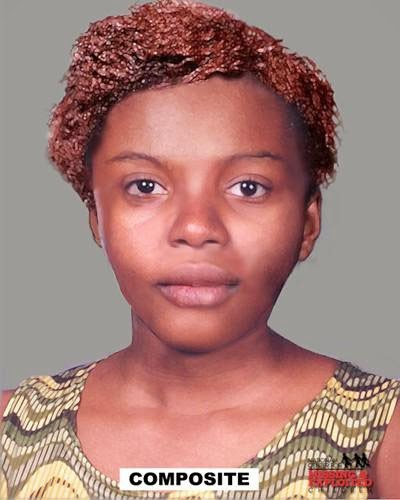 The year was 1975. The place was Compton, California. Although progress had been made, racial tensions were still high. Not only were there struggles between African-Americans and Caucasians, but also between emerging gangs in the various neighborhoods. The battles between the Crips and the Bloods became more violent as they increased in number and claimed their territory.

Do I have your attention?

In the middle of all this chaos is the unsolved murder of a young African-American girl. That girl is me. I don’t know my name, but I want you to remember my story. So for now, let’s call me Jackie. I was only a teenager – between the ages of 14 and 17 – too young to have my life snuffed out. I stood about 5' tall with brown eyes and black hair and weighed around 100 lbs. Only a few hours after I died on September 13, 1975, somebody found me in the 700 block of Artesia Blvd. Since it is an industrial area, I am sure there were a few stores or maybe even factory buildings that people were coming to and from work or shopping. Unless, of course, it was nighttime – then maybe there wasn’t anybody in the vicinity when I was killed. There is also the possibility that someone witnessed the events that transpired that day, but they were too afraid to come forward because of repercussions.

I may have been an innocent victim who got caught in cross fire between two rival gangs. But maybe I was a member of one of those gangs. Membership in a gang was a way of life for many teenagers who were simply trying to survive.

Some people believe that I may not have been from California. If this is true, was I visiting family or friends and not familiar with the neighborhood? Had I just moved here with my family and started attending the nearby Centennial High School?

I didn’t have any belongings with me when I was found except for a few pieces of jewelry. I imagine that I liked to dress up a little bit because that’s what many girls my age like to do. It seems I fancied the combination of gold and white metal. I had two rings – one was a white metal ring with one black and one white stone, and the other was a gold metal ring holding a large black stone with a gold flower inset. I also had a white metal chain necklace and a white metal bracelet. The last distinguishing feature is a 1-½ inch scar on the instep of my left foot. How did I get that?

I know that I don’t have very many clues to tell you who I am, but I hope something in my story will trigger a memory. Were you a classmate of mine? Do you recognize me from another state or possibly another country? Even though over 30 years have passed since I died, it’s possible that someone out there is still looking for me and wondering what happened to me.

Do you remember me? Can you help to solve my cold case?

I could not locate this Compton J. Doe 1975 on NAMUS.gov

NamUs is a government funded privately run site. There is no requirement by law enforcement to use that site. While it is highly encouraged to help resolve America's Unidentified, coroners simply don't have to use it.

My understanding is that several coroners within California do try to use the site but do so within their own parameters. Los Angeles County does utilize NamUs at its discretion.

I also believe this young girl is in fact listed, but if she is not it is the coroners choice.

Thank you for caring about this young girl enough to ask.