Is my name Mindi? 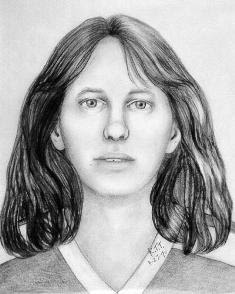 On January 1, 1984 my remains were found in a wooded area near FM 1135, just south of Interstate 10 and Hwy 1132 overpass. It’s possible that the cause of death was decapitation. More than likely I was killed elsewhere and dumped here, on this man’s property.

However, he didn’t find my remains for a year or more after I had been dumped here.

My remains the remains that were found were for a girl between the fourteen to eighteen years of age. My height was probably 4’10 to 5’2. They know that I was white and had brown hair, but are unable to give an estimated weight or eye color. They can determine that the victim (me) had probably worn braces at some point, but no braces were found. I was also found with a terry cloth short sleeved shirt.

So I’m dead. I have been since 1984. No one ever claimed me! They could never identify me! I’m one of the many who remain a mystery unsolved, or am I?

"A.M.A.L.P MINISTRY (aka) America's Missing,Abducted and Lost Persons of Orange County, Texas are PRAYING daily that this PRECIOUS little girl, this young lady will be recognized and identified. Their hearts go out each day with prayers knowing that she IS someone's child, that she had dreams and desires for a future that never came to pass. They want someone to stand up and claim this child, give her back her identity allow her the ability to finally rest in peace."

If you have any information about the Unidentified, please contact:

Thank you for reading about Mindi Doe and working to help bring her home.

I wanted to let you know as to you question, the family is working with NCMEC.

All we can do is pray that Mindi Doe and the missing girl you inquired about both find their way home.

Thank you for your time posting here on Can You Identify Me.