Where Did I Come From? Who Am I? 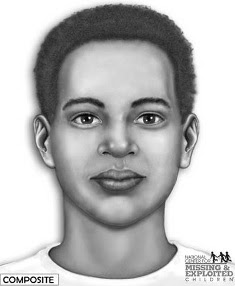 You can call me Brian. My death was tragic. The story of my life is unknown. Who I am remains a mystery. The circumstances of my life have turned into a puzzle that needs your help to solve.

“The river rises in a region of granite mountains in , , and flows generally southwardly through the Ozarks and the St. Francois Mountains near Missouri's highest point Taum Sauk. It forms the Missouri-Arkansas border… and eventually exits the state at 's lowest point in the "toe" at 241 feet. It passes through , which is formed by a dam constructed in 1941. Below the dam the river meanders through cane forests and willow swamplands, transitioning from a clear stream into a slow and silt-laden muddy river as it enters the flat lands of the embayment. In its lower course the river parallels Crowleys Ridge and is part of a navigation and flood-control project involving a network of diversion channels and ditches along it and the Castor and Little Rivers. Below the mouth of the Little River in , the St. Francis is navigable by barge. It joins the Mississippi River in , , about 7 mi (11 km) north of .
Along its course in the river flows through the and past and the towns of , and Fisk. In it passes the towns of St. Francis, , Marked Tree and Parkin as well as the .
In addition to the Little River, tributaries of the St. Francis include the Little St. Francis River, which joins it along its upper course in ; the , which joins it in ; and the L'Anguille River, which joins it just above its mouth.”

So many cities. So many locations. So many possibilities. So where am I from? How far did I travel? Can you help solve my puzzle and tell them where I came from and who I am?

Here is the article indicating that the remains have been matched by CODIS to Jerry Lee Armstrong.

Thank you for posting this article. Here is an other article with video that tells more of the background on Jerry Armstrong's disappearance:
http://www.myfoxmemphis.com/dpp/news/crime/092309_Cold_Case_Jerry_Lee_Armstrong

It is true the DNA has been submitted to CODIS. My understand is the results are actually still pending. When those have been published and made public we'll know for sure.

Keep your fingers crossed that the Armstrong family can finally have some resolution. They have waited to many years to know what happened to Jerry. Jerry deserves to rest in peace.

Thank you again for sharing. Let's all keep watch over the developments.

NamUs is posting ruled out cases for this unidentified boy! I don't see Jerry as being officially ruled out. Unfortunately, these tests, the results and the publication of them all takes a great deal of time.

Any updates on this case?

No updates have been posted on NamUs. So we went ahead and contacted the individual overseeing this matter. We hope to hear back soon.

Respectfully,
Rebel J. Morris
Can You Identify Me