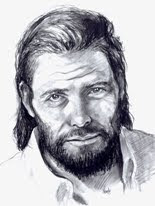 Okay you can call me Freddie Aikers Doe it’s as good as anything right now. Who knows maybe you’ll find out it is my name, minus the Doe part.

My story is not unlike many others featured here on this blog. Oh sure the circumstances vary and other factors change it up a bit; but the bottom line, well the bottom line is the always the same. I’m dead and you don’t know who I am. I’m one of ’s Unidentified. I hear they are calling us an epidemic. Well who cares, we’re dead. We only want one thing – our names! So who am I?

In the Mid 90’s my remains were located off and Hwy 515 in . There seems to be a tad dispute as to the actual year I was discovered. The coroners office puts out information that says March 23, 1997 and Doe Network says March 23 1995, rumors are surfacing that the 1995 might be the accurate date. I think at this point you should know both dates and about the discrepancy. Just in case.

They say I’m a white male, about 5’8 or taller, with long dark hair, a beard (maybe a mustache too – since the artist drew one), dark eyes, a slim build and I was between 40 and 50 years old. I dressed in a Western Style shirt and blue jeans. Why don’t we go with all that information, for now! What choice do we have? It’s the only information about my physical identity that exists.

What else can I tell you? Oh well more hearsay, but it turns out that some guy in jail who claims to have killed me led the authorities to my skeletal remains. Seeing as how he knew where I was he must of, done it, you know killed me, or at least knows who did and where I was dumped. So based on this guys account:

My name is Freddie Akers. I was a truck driver who owned his own rig. I was from , , or . On my truck route I stopped in , , , and . My CB handle was “BA” or bad attitude and at some point I belonged to an MC, a motorcycle club, although he used the word gang.

I don’t know what deal this guy made to give up the whereabouts of remains. I don’t know if the information he is providing is even remotely accurate. Well actually, we’re talking about me, so I do know the answers to those questions. Just one problem. I’m dead. So you have to figure out if he’s telling the truth or telling stories.

What I do know that I can share from the great beyond is that I don’t have a name and my family still doesn't know what happened to me. So you’re gonna help old Freddie out? Get up off that … seat you’re sitting on and take some action? Not much just some? Tell others to look at my picture. Tell others to read this here blog thingy. And tell others to tell others to do the same thing. Get me my name back! It’s been too damn long. I’m ready to wrap this up. So get up and help me.

Thank you for your comment. Can you please email us directly to discuss further.

Thank You,
Rebel J. Morris
Can You Identify Me?

This man looks kinda like my husband. Hubby was adopted and birth farther was a truck driver. Is what he was told. Hubby was born in 1988. I know it dosent help id this man but I saw his drawing and couldn't help but feel connected some how. Hope someone will id him.

Is there any updates on this case?