Eddie Doe - Was I homeless? 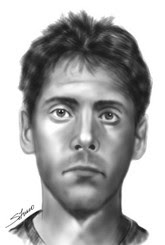 “She calls out to the man on the street
"Sir, can you help me?
It's cold and I've nowhere to sleep,
Is there somewhere you can tell me?"

He walks on, doesn't look back
He pretends he can't hear her
Starts to whistle as he crosses the street
She's embarrassed to be there"

Phil Collins song “Another Day in ” was released in 1989. Do you remember this song? I’m not sure I ever got to hear it, you know, played on the radio. It’s a song that’s supposed to make people realize that homeless people are people too. There’s this article though that was released in August of 2009 by the Orlando Sentinel by Willoughby Mariano that discusses the homeless situation in Orlando Florida twenty years later and well to be honest it doesn’t sound like homeless people are treated any better by the world. No, in fact this article states “Forty-six percent of homeless people questioned in and in an ongoing local survey said they were physically attacked in the past four years by someone they thought was not homeless…” So it’s much worse than simply ignoring the homeless population. It seems that people are violent toward the homeless. The article also said had been ranked “as the third "meanest" city in the country,” and that in 2009 “at least two homeless men have been slain in .” is where is located.

The reason I bring all this up is because the authorities believed I was living a homeless lifestyle in 1990. Why does this matter? Well, on March 16, 1990 my remains were found in a wooded area believed to be where homeless people were living. They think I died up to two years prior to being found. That means I probably died before Phil Collins even wrote “Another Day in .”

I was a White male, twenty to forty years old who stood 5’6 to 5’8 feel tall. They don’t have any descriptive information about me like hair, eyes or weight. However, in the area they did find a shirt, some boots and some keys.

The most descriptive information about me is where they found me. I was found behind Sewell’s Plastics. It was a wooded area 750’ West and 100’ South of 7400 S. Orange Ave, Orlando. Maybe someone out there knows the area?

Better yet, maybe someone out there knows who I am. Is that someone you?
If you have any information about who his man may be,please contact the

Sorry .. I just had to post that .. it breaks my heart every time I see another soul without a 'home' ..

I wish I could tell this young man that I Love Him. I really do ..

Thank you so much for coming forward and sharing your story. Thank you for being so brave and being here with us today.

You my friend are part of the solution. Your sharing your story here will make a huge difference. So many need to hear from individuals just like you.

I'm very happy to have this opportunity to meet you. You have touched our lives. I wish only the best in life for you.

Anonymous, I am so glad that you have found your way off the streets and pray that you know the love of a family.

It's so easy to become a homeless in Florida. No compassion and you're treated like trash. So inhumane and greedy people including most charities. This is the way anyone could end, including children.

It is true, there are so much heartless people here in Florida, specially Orlando and Kissimmee area. Charities are fake.