Addy Doe: Who Am I Really? 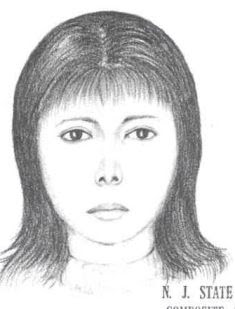 Do you know the out in ? How about near milepost #42? Maybe you know that wooded area along that stretch of roadway? Well on December 6, 1971, that’s where they found me.

I probably wasn’t from the area. They know this because I didn’t match any missing girls in the area and they believe that someone dumped me while passing through, probably on that . I guess I could have been from anywhere in the country or beyond.

The really neat thing is that even after all these years, the good guys are still working hard to figure it all out. Okay, it’s true they don’t know who I am, but they haven’t stopped trying to figure it out. They’re pretty cool cats!

What they do know is that I was between fourteen and eighteen years old. I was about 5'3" and 118 lbs., with light brown hair and had really great teeth. My clothes were normal for the time period; you know, blue cotton shirt, blue/white/orange striped hip hugger pants and brown sandals. I also had a Westclox watch.

Oh, and there’s some speculation that I might have been wearing a wig. Something about blond, brown and reddish-brown hair coloring were evident. Not sure what all that means. I guess, maybe, I wore a wig? Or, here’s a thought: maybe those extra hair strands weren’t mine? I’m sure there are multiple possibilities, but let’s leave all that to the good guys to figure out. Anyway, that’s pretty much what you have to go on to figure out who I am.

Back in the day, many families sent in letters to see if I might have been their missing daughter, and many were ruled out. The thing is, there was no DNA back in the ’70s. Hopefully, all those families can be ruled out by DNA now, or maybe, my family can be one of them? Or maybe some other family could come forward looking for me.

I could have been kidnapped, but I also could have been backpacking to see the world. It was the ’70s, after all. Hopefully, my family couldn’t care less about the reasons why I left, and are still out there looking for me. I sure am looking for them, as are my friends at the New Jersey State Police and the Galloway
Township Police Department.

If you know me, please call:

HER PROFILE DATA AT A GLANCE: Atlantic new Jersey Jane Doe December 1971
Posted by RJ at 11:09 AM

Maybe the wig was wore by her killer?And I am like the other commenter.Sandals in December?Even in October in that part if the US it is to cold sometimes and especially in the evenings.These are so sad.