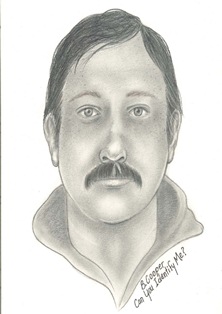 When someone dies, lots of people go to work. I know because I died. Lots of people went to work for me and are still working to help me.

You wanna know a secret? It’s nothing like you see on TV. Okay, well it’s a little bit like what you see on TV, but I promise you, it doesn’t all get wrapped up in one or two hours.

In my case the first thing that happened was that I was found in a park. Those who found me called the police. Immediately people started working from police dispatch, to the local responding patrol car, to the crime scene investigators, and then to the medical examiner’s office.

Once the fun at the park was over, they moved the investigation back to headquarters. This is where they started looking at all their notes and evidence, and this is where they started taking a closer look at me. Let’s see, they drew my blood; they took my fingerprints; and they examined me. It was very important for them to note all this information about me. Well, that’s the kind of stuff the medical examiner’s office was doing. Then there were the investigators, they started looking at what information they had about me. One piece of really important information was missing. They didn’t know my name. I don’t think they worried about that right off, because that’s what they do, investigate. They would go about their usual routine to figure out who I was.

The reports were flowing, the calls were being made, the information and data were being compiled, people were in action; but in the end, they still couldn’t figure out who I was.

Well, all of this happened in 1995. Yep, they found me deceased on September 4, 1995, out at , near , . They have reason to believe I died on September 3, 1995. My cause of death was asphyxiation; that’s a fancy word for what happens when your body has a severe deficiency in oxygen. Anyway, that’s when and where they found me and when they started doing all that work for me.

They could tell the basics about me that I was a Caucasian male, 40 to 60 years old, who stood about 6'3" and weighed 225 pounds. I had gray eyes and reddish-brown hair that was graying slightly at the temples. Remember, when the medical examiner’s office did their examination on me, they discovered that I had a poorly healed surgical scar extending from xiphoid process to the umbilicus and a short, 1-inch long well-healed scar in the webbing between my right index finger and thumb. Maybe the most distinctive feature they found on me was, and I quote, my “well groomed moustache.” Even though they could tell all the basics about me, they still couldn’t tell you who I was.

All those hard-working people hit a roadblock back in the ’90s. Today, another group of hard-working people at the State Medical Examiner’s office is trying once again to find out who I am. They are making sure to take advantage of all the latest technologies available to them today. My information has been entered into a National Unidentified Persons Database (NamUs), and my likeness has been reconstructed by Can You Identify Me so all of you can see what I might have looked like. Once again lots of people are hard at work because one person died. I’m blessed to be in a place where people care about me.

It’s your turn now. They need your help making sure the right person sees me and can step forward and identify me. Please make sure to share my information and likeness with as many people as possible. You never know who just might know me.

If you know this man, please call:

wow! this is wonderful work people! this is the way to continue finding this mans true identity. i wish i had known him so there would be an end to this journey, but i will spread this report on facebook and hope there are results. thank you for speaking for the dead.

Was this a suicide? It says asphyxiation, and it was by hanging. Do you know if it was determined there was foul play involved?

You guys do an amazing job here! I love the narratives and the way you bring these people to life. I hope to be able to contribute to the cause of helping these people and their families.

Blessings to you all!