You can call me Natch P, and it’s time to get back to the basics. 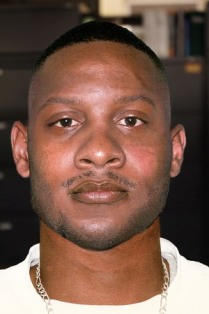 Was I fast on my feet? Was I able to run the field? Could I move and glide with a ball? Did I look good in that uniform? Could I have been on the road to great success working my way to the NFL? Sure, why not!

Anything is possible about how my life could have turned out. Unfortunately, it didn’t go quite as planned. It hit a roadblock. Actually, more like a cement block. See on October 16, 2005, my remains were found encased in cement inside of a 50-gallon drum in a shallow creek just off Hwy. 84, Clarence, Natchitoches Parish, .

What my future had in store will remain a mystery. Apparently someone out there wanted me gone. It was so serious that they encased me in cement inside of a 50-gallon drum and dropped me in a creek. That was pretty messed up, right there. What’s even more messed up, the authorities don’t know who I am. They can’t figure it out. In order to figure out who I am, they have to get back to the basics.

Here’s some real basic 411: I’m an African-American male, 18 to 30 years old, and I stood somewhere between 5'6" to 5'10". I was wearing some type of green-blue shirt or jacket with a drawstring hood and Hanes boxer shorts.

The real basics here are going to be the science. They take this test that gives them information, that helps them figure out who someone is, it’s called DNA. DNA, the acronym for Deoxyribonucleic Acid, stands for the key foundation on which the structure of life is built. Sounds serious right? What it really means is that it can tell one person from the next. You know the basics! Alright, so they have my DNA on file. Also they were able to find my teeth and dental impressions. It’s like this, that means they have my dental information on file too. It doesn’t get more basic than the stuff you are made of and your teeth! Now they just need something to compare it to.

If you have information that will lead to the identity of this man, please call:

This picture is beautiful, so life-like. I don't know how anyone who knows this young man's identity could fail to recognize him once they saw the image.

I thought it was a real photo! Wow!

Have they looked in high school year books for his picture? Could he be from another country?

To be honest I was thinking the same thing. He looks to be from the Dominican Republic.

Or its possible that the image doesn't even look like him...its a computer generated image of someone found encased in cement. My guess is, he was highly likely unrecognizable...Just my thoughts

I thought it was a real picture as well!! How come nobody recognizes him?? His picture needs national attention.

I thought it was odd to "assume" that this individual spoke in the manner of the narrative. Regardless,I greatly appreciate and support the mission of this site. What a handsome young man. I hope his truth is found, and he is at peace.

I thought the same thing. How presumptuous to assume that was his manner of speaking.