Enders Doe – Do you know? 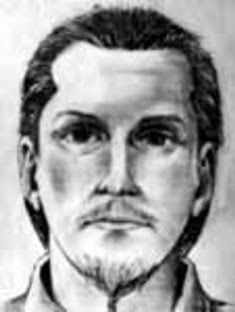 In my twenties, I wore my brown hair pulled back in a ponytail. I was styling. I stood about 5'7" and weighed 140 lbs. I had brown eyes and this darn mole on my right ear. Sure, I sported a mustache. Oh my pride, my four-inch braided goatee. I said, I was styling!

You can call me Enders Doe. Why? Well, because you don’t know my name. When you figure it out, ditch the loser doe name and we’ll be square. I’d like to tell you a story about the last day of my life.

On September 5, 1977, my lifeless body was found at the in . A passing motorist found me and called the authorities. The police say I died about 24 hours earlier. I suffered fractures to my face, larynx, and skull. They found contusions on my brain. You guessed it; I was killed. Here’s the pisser. They don’t know my name. They have no clue who I am.

I was found wearing a couple articles of clothing they had hoped would help identify me. Thanks to a local who reads the local paper, I can share with you what those two items were.

“…a white shirt that had a print of storefront scenes. One of the stores was of a barbershop that had the name "Lewis" on it. Underneath his shirt, was a T-Shirt that was stamped with the name "Ferguson.”

The police think my name might have been “,” or I had some affiliation or connection to that name. It’s been over thirty years and so far and even with this information available on that thing you call the “net,” no one has come forward to identify me yet.

I forgot to tell you about my scars. Maybe, those can help someone figure out who I am. Yeah, right! I had two circular scars on my right knee and one comma-shaped scar on my upper right chest.

Also I had chipped some teeth and a few were missing. There was no mention if any of that could have happened during my homicide or if those were preexisting. I’m going with preexisting, but don’t let my dentals stop you from telling the world who I am because the person you knew had perfect teeth. Maybe that wasn’t the first fight I had been in. Maybe, I suffered some other struggles along that path to my death.

My case remains an unsolved homicide. The locals buried me in an unmarked grave at the local cemetery. Nice. Someday, I’d like a headstone that says “Rest in Peace” with my real name in big bold letters. You know, the name no one can seem to figure out. Look it’s been over thirty years, someone somewhere better get busy.

I told you I would tell you a story about the last day of my life and I still will as soon as you tell me my name. Good, it’s a date. Come back when you figure out who I am and I’ll share that story with you then. Sounds like a good deal to me!

If you have any information about me call the police:
Police Department
860-844-5335

VIEW HIS PROFILE DATA AT A GLANCE: Hartford Connecticut John Doe September 1977
Posted by RJ at 10:48 AM

This guy, I like. Even before reading the narrative I knew I would, and now I like him even more.

It's a shame that he was given an unmarked grave, that anyone who doesn't explicitly ask for one does.

Will keep my fingers crossed that his case is solved soon and if not, at least a decent marker to memorialize him with.

I think they need to revisit the.pass byer that found him it.was not. a accident that this person or persons. Found him it.was.more of.a.guilty.conscience. I got this.while reading this story and i had to come back to.it.and.post.this i normally dont comment but it.kept bugging me