Sahuarita Jane - lost in the desert If I could speak directly to you that would be a miracle.

There are many “what if’s” in this world that I now belong to, this club I’m now part of, this existence of non-existence that is my reality.

You can call me Sahuarita Jane and I’m lost in the desert. On July 11, 2005, a man working on West Twin Buttes Road in a town called Sahuarita stumbled across my human remains. West Twin Buttes Road is not far from Interstate 19 in . is a desert State. I was found in this desert in 2005; turns out I could have been there for a couple years. The authorities estimate I died somewhere between 2001 and 2003. When exactly I ended up in this desert is another one of those questions without a clue. Right now, it remains in the state of unknown, very much like me.

What is known about me? Sure there are some minor details that are known. Let’s quickly review those. I’m probably a white female, not of Hispanic descent. I stood somewhere between four feet ten inches tall and five feet two inches tall. My age seems as big a mystery as my name. I can be anywhere from thirty-three years to sixty-two years old. That’s a very large span of time if you ask me. They also know that I was wearing Anti Basicx jeans, a green and brown jacket and a Revelation tennis shoe size seven. This is what they know about me. 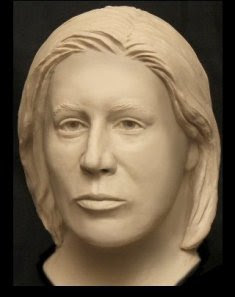 How about those “what now’s”? What is there now for me? Now, I wait again for someone to come along to fill in the blanks of the “what if’s” and the “could have’s.” Now, I wait until the person can fill the blanks that reveal my name, my age and my family. Now, I wait for that day.

If you have any information please call: