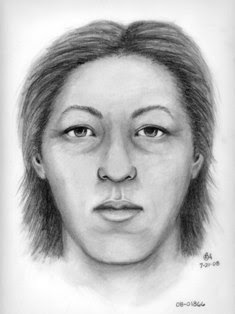 Conservation Corps crew, deadhead or homeless those are your three choices! Not really, but those are the clues you have about who I am and most likely one or more of them is possible. 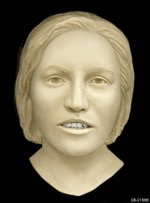 Was I a homeless person? This could possibly explain both clothing items that would have no connection to either the Grateful Dead or the California Conservation Corps. See shelters, thrift stores, etc is a great way for the homeless to clothe themselves. So sure it’s possible that the clothes have no significance. Then again, many deadheads go wandering around. Many deadheads end up in not so nice living circumstances all the time. Many teens run away to follow the Grateful Dead and then are stuck out on their own, hence homeless.

Maybe I worked for or volunteered for the California Conservation Crew, was a huge fan of the Grateful Dead, and had some characteristics that implied I could be homeless. Anything is possible.

By now you are probably wondering why I can’t simply tell you which one is the right answer. The reason for is that I was killed in 2004. A fisherman near Tyler Island Road, Isleton, California found my skeletal remains on March 29, 2008. So it’s going to be up to Law Enforcement with the help of the media, and the public to figure out who I am.

In order to figure that out a few details might be helpful. The coroner determined that I was a Caucasian female possibly with Asian or African influence. I was somewhere between thirty to forty five years old. I stood anywhere from 5’3 to 5’8. Quite a range for you! Hopefully my jewelry and clothing (previously discussed) will help narrow it down a bit:

“Clothing: … a blue "Delta Fire Crew" sweatshirt with two crossed fireman's axes and the number 5 on the left chest area, a "Grateful Dead" jacket and jeans.

Jewelry: … beaded necklace with a crouching frog, a white metal bracelet with green heart charms. Most of her jewelry was white metal and included bangle bracelets and a sword charm.”

What do you think? Was I part of the California Conservation Corps? Was I a deadhead? Was I homeless? Or was I combination of all three?

Does it really matter? What I was, was someone’s daughter. I want to find my identity and my way home. Please help me do that by sharing this information with as many people as humanly possible. If you can, hit the key areas like the CCC and the deadheads. You never know when you might find that one person who knows exactly who I am.


If you have any information please call:

We wanted to let you know we have received your comment. Thank you for the information we will forward same to the proper authorities for follow up and verification. Your time and dedication to the cause is appreciated.


All My Best,
Rebel J. Morris
Can You Identify Me

You're welcome. It's a real shot in the dark and I'm quite sure that name has been submitted before to the authorities, but, maybe not...

It's a shame that all these human remains have been unclaimed. They have a right to be properly buried by family or someone who missed them. You are doing a wonderful service here by bringing attention to these deceased, and giving them back some dignity!!