Here one day, gone the next. 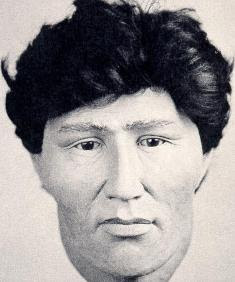 The caption pretty much says it all. One day life was good. I was surrounded by family, maybe even co-workers, enjoying a normal day. Then one day - just like that - I was gone.

Today, I remain unknown to the state of . See, one day they found my remains. Remains: that’s what they call it when they find you deceased. They find your remains. Remains are what is left of you after your human life form dies and your soul, spirit or inner being moves on to another plane. At least that’s what people want to believe. They want to believe you move on after you die. Well, I’m not here to answer that one way or another. Actually, we got a bit sidetracked. See, we’re talking about how they found my remains.

Somewhere in the of , , someone stumbled across my body. See, little information was given on exactly how that transpired. Slightly odd, if you ask me! But nonetheless it’s a fact. So, on August 10, 1981, my lifeless remains were found. Here’s the kicker: they couldn’t identify me. Sure, they ran all the normal processes for 1981 to try and figure out who I was. Yet, it was to no avail. They simply couldn’t figure out who I was. So here I am 30 years later, still without identity. I’m one of those unidentified folks you’re starting to hear more about. It would be nice, though, if someone could identify me.

Here’s what I can tell you. I can tell you that I was a male who was about 30 to 40 years old. I might have been Native American or just a good old white boy. I stood about 5’10” but my weight is not known. My hair was brown, yet the color of my eyes are unknown. Sort of makes you wonder what the heck happened to me, doesn’t it? But, I digress. I may have worn upper dentures. And I was found wearing brown polyester flared-leg pants with blue stripes.

There is one more fact that is on the record. They believe I died about two months before I was found on August 10, 1981.

What happened to me? How did I get where I was found? Those facts remain unclear. At this point, they’re as unclear as who I am. But know this: I am somebody. I was somebody. It’s time somebody figures out who exactly I am.

Everyone has family. Isn’t mine entitled to know what happened to me?

HIS PROFILE DATA AT A GLANCE:  Montague Texas John Doe August 1981
Posted by RJ at 5:05 PM