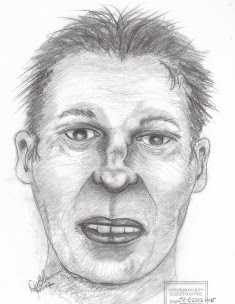 Terrorists? Government conspiracy? It doesn’t really matter who was responsible for those deaths. The reality is those people are gone. And their families will be forever impacted.

Maybe that’s what happened to me? Maybe that tragedy 10 months earlier caused my death in July 2002.

Did the drugs kill me? On some level, you can say that for everyone who uses drugs that drugs killed them. If they hadn’t been using, they most likely would not have been killed in a robbery or a drug deal gone bad. Or they wouldn’t have overdosed. Drugs kill in many ways.

Oddly enough, the drugs hadn’t killed my hair. I had long black hair. Maybe I hadn’t been using drugs very long. Maybe I wasn’t a drug user at all. Maybe someone drugged me. Too many maybes and no answers.

The tragic end to my life is that the authorities can’t identify me, which means my family does not know where I am or that I’m dead. They deserve to know what happened to me. Can you help them learn about my fate?

Tell every person you know my story. Tell them that I remain unidentified at the Maricopa County Medical Examiner’s office. Tell them to share the story with everyone they know.

Click here to view this man’s profile data: http://canyouidentifyme.org/MaricopaArizonaJohnDoeJuly2002
Posted by RJ at 9:46 AM